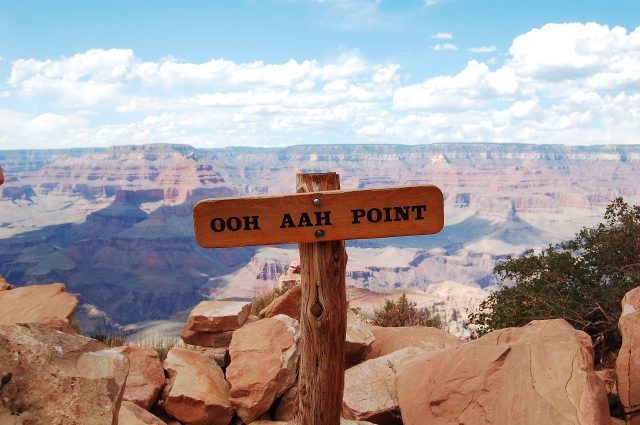 Red deserts, high mountain peaks covered in snow, roaring rivers and taiga forests mix together to create some of the most stunning natural landscapes. America is home to 62 National Parks all of which have something different and unique to offer.

Outdoor enthusiasts can enjoy various hiking trails offering breathtaking scenery of the mountain ranges spread across the country. Keep reading and learn more about the 9 Best National Parks in America. 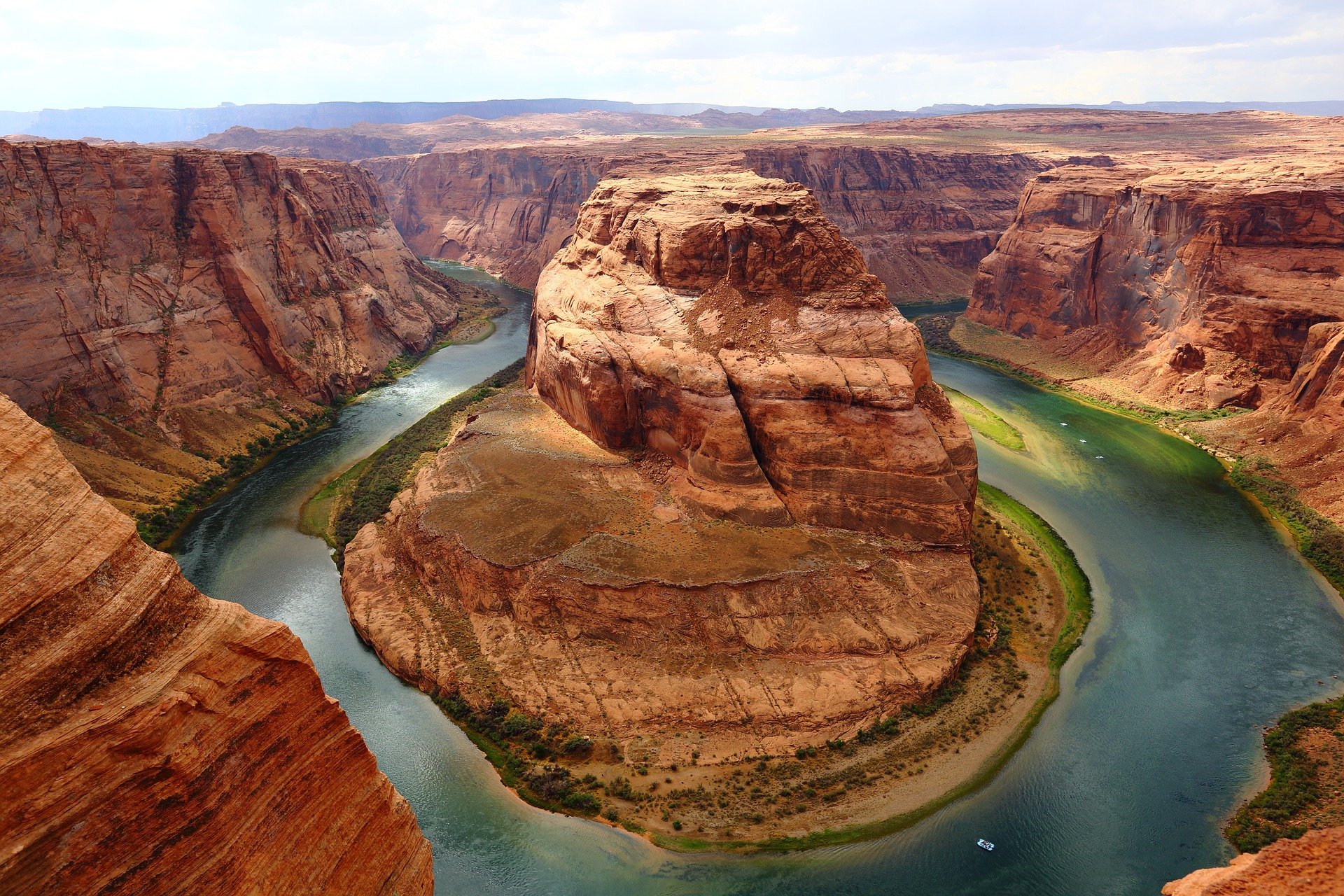 Home to the largest canyon in the world, Grand Canyon National Park is one of the most popular national parks in America. Situated in northwestern Arizona, the park covers a total of 1.2 million acres. Undoubtedly, the stunning Grand Canyon is the central landscape of the park and is often referred to as one of the Seven Natural Wonders of the World.

Believed to be approximately 17 millions years old, the canyon was created through continuous erosion. Shades of red and brown blend together to create awe-inspiring views of the canyon. Combined with the meandering Colorado River and the steep cliffs, Grand Canyon National Park offers some of the most breathtaking scenery across the USA. 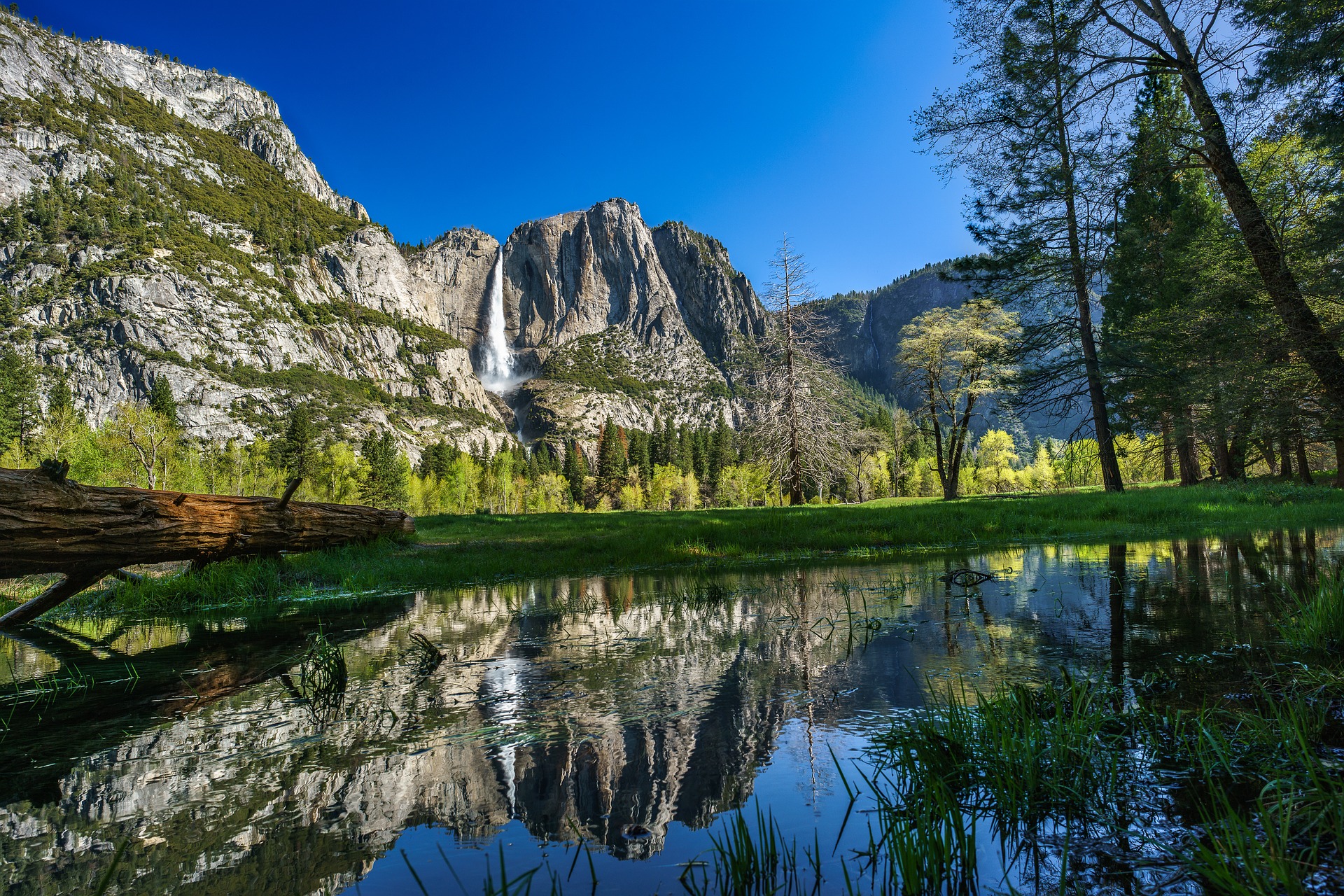 Yosemite National Park is certainly one of the most popular national parks in America. Covering more than 750,000 acres, the park is situated in Central California. It is the park’s outstanding granite cliffs, clean mountain lakes, giant waterfalls and old sequoia trees, that make it one of the 10 best national parks in America. Due to the wide biological diversity, the vast majority of the park has been declared as wilderness.

Yosemite National Park does not fail to impress all of its visitors. The untouched nature beauty combined with the peaceful valleys and spectacular granite cliffs, offer travelers the opportunity to experience a real mountain adventure. Outdoor enthusiasts will love the park’s 750 miles of hiking paths, as well as, the various options for rock climbing, fishing, horseback riding and bird-watching. 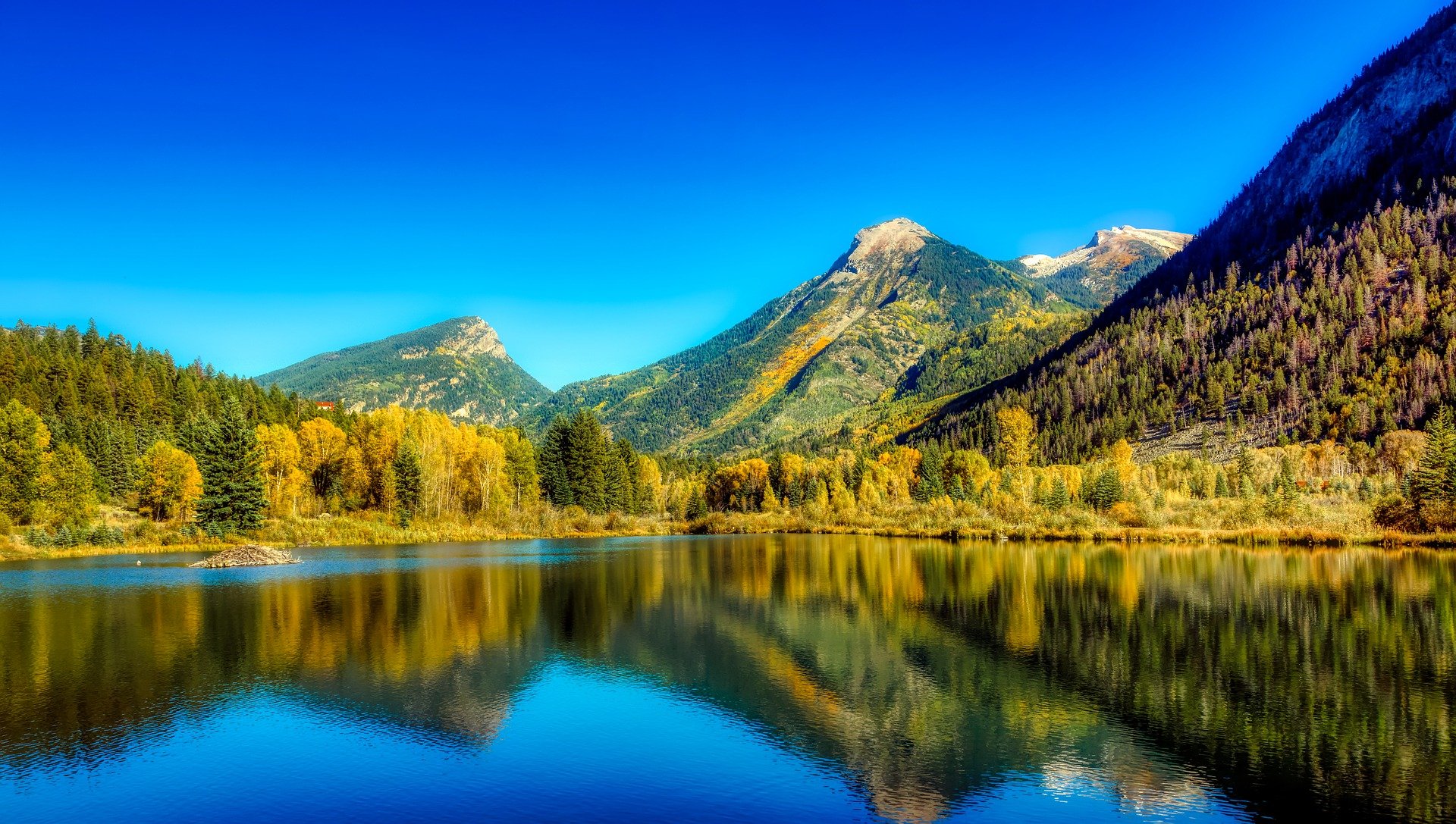 Located just 70 miles away from Denver, Colorado, Rocky Mountains National Park is one of the most well-known national parks in America. With snowy peaks rising at an elevation of over 12,000 feet, the national park takes its visitors through the natural beauty of the alpine world. Due to the park’s wide variety of flora and fauna, the park was also declared a UNESCO World Biosphere Reserve.

There is a bit of everything for everyone in the Rocky Mountain National Park. From 360 miles of hiking trails to 50 stunning mountain lakes, visitors can enjoy various outdoor activities. The park is also known for its scenic drives with numerous overlooks offering stunning views of the rough Rocky Mountains. 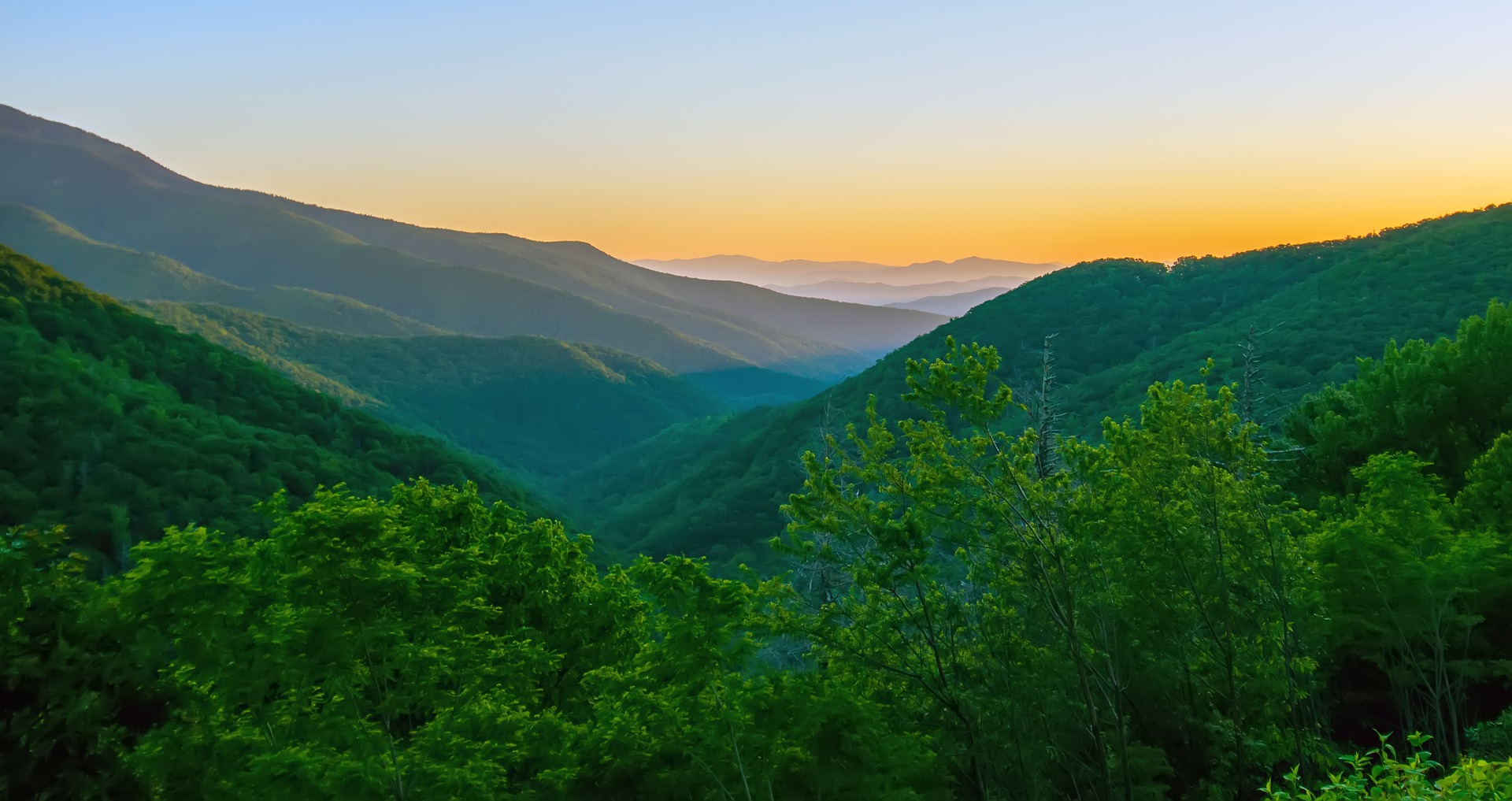 The park has more than 800 miles of hiking trails, leading you through the mysterious smoky forests. It is also known to be easily accessible by car. The vast majority of people decide to take one of the scenic drives, especially during the fall season and admire the beautifully intermingled shades of orange, yellow and red colours. If you want to make the most of your visit, though, immerse yourself into the mountain experience by going on a hike. 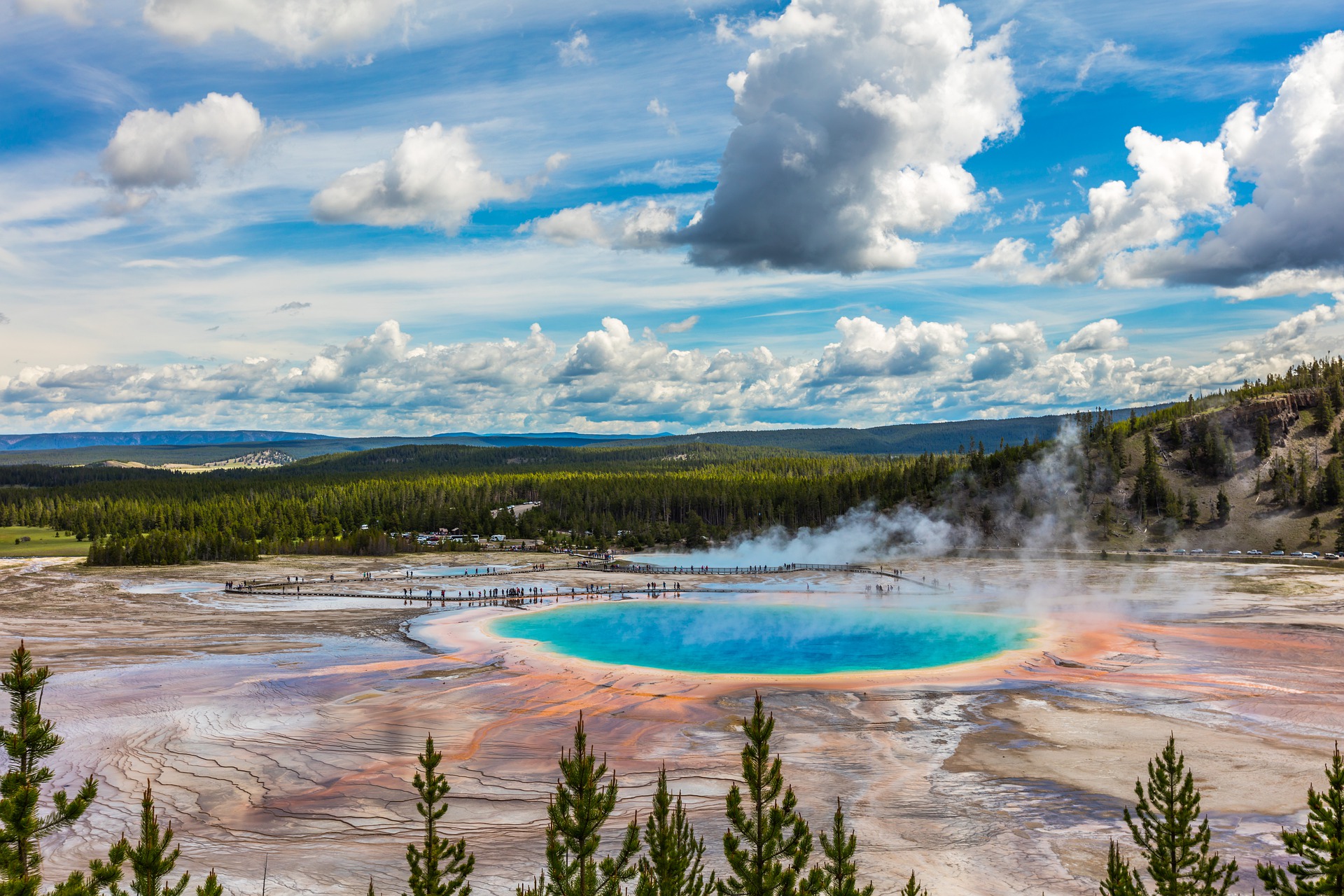 Yellowstone National Park is the first established protected area in America. Covering a territory of more than 2 million acres, the park spreads across the states of Wyoming, Montana and Idaho. Known for its entire network of geothermal locations, such as colourful hot springs, erupting geysers and boiling lakes, the park certainly deserves your attention.

The park is extremely diverse in nature and has numerous landmarks worth visiting. Old Faithful geyser, the stunning Grand Canyon and the brightly coloured Grand Prismatic Spring are some of the most popular ones. 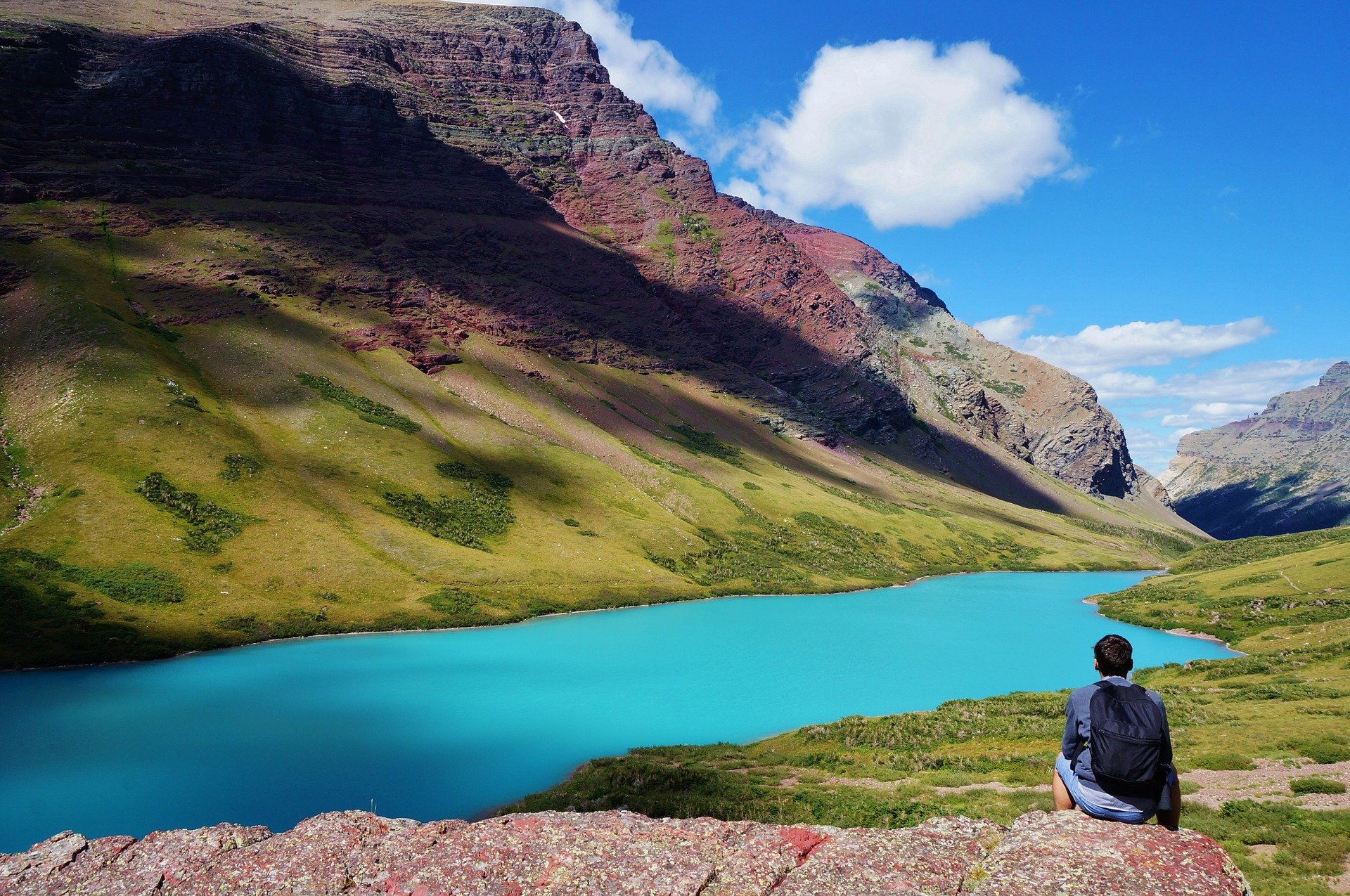 Situated on the border between America and Canada, Glacier National Park covers a total area of 1,000,000 acres. Known as the “Crown of the Continent”, the park is home to 130 spectacular lakes, 2 rugged mountain ranges and thousand acres of pristine forests. The park is so remote and secluded that it attracts only real adventure seekers looking to explore Montana’s wilderness.

Home to more than 1,000 plant species and 50 mammal species, the park has an extremely vast ecosystem. Visitors can enjoy miles of hiking paths, cross country ski routes, biking trails, etc. Glacier National Park is a great location to take in the beauty of the nature. Just take your time, breathe in the fresh air and admire the stunning alpine views reflecting into the crystal clear lake waters. 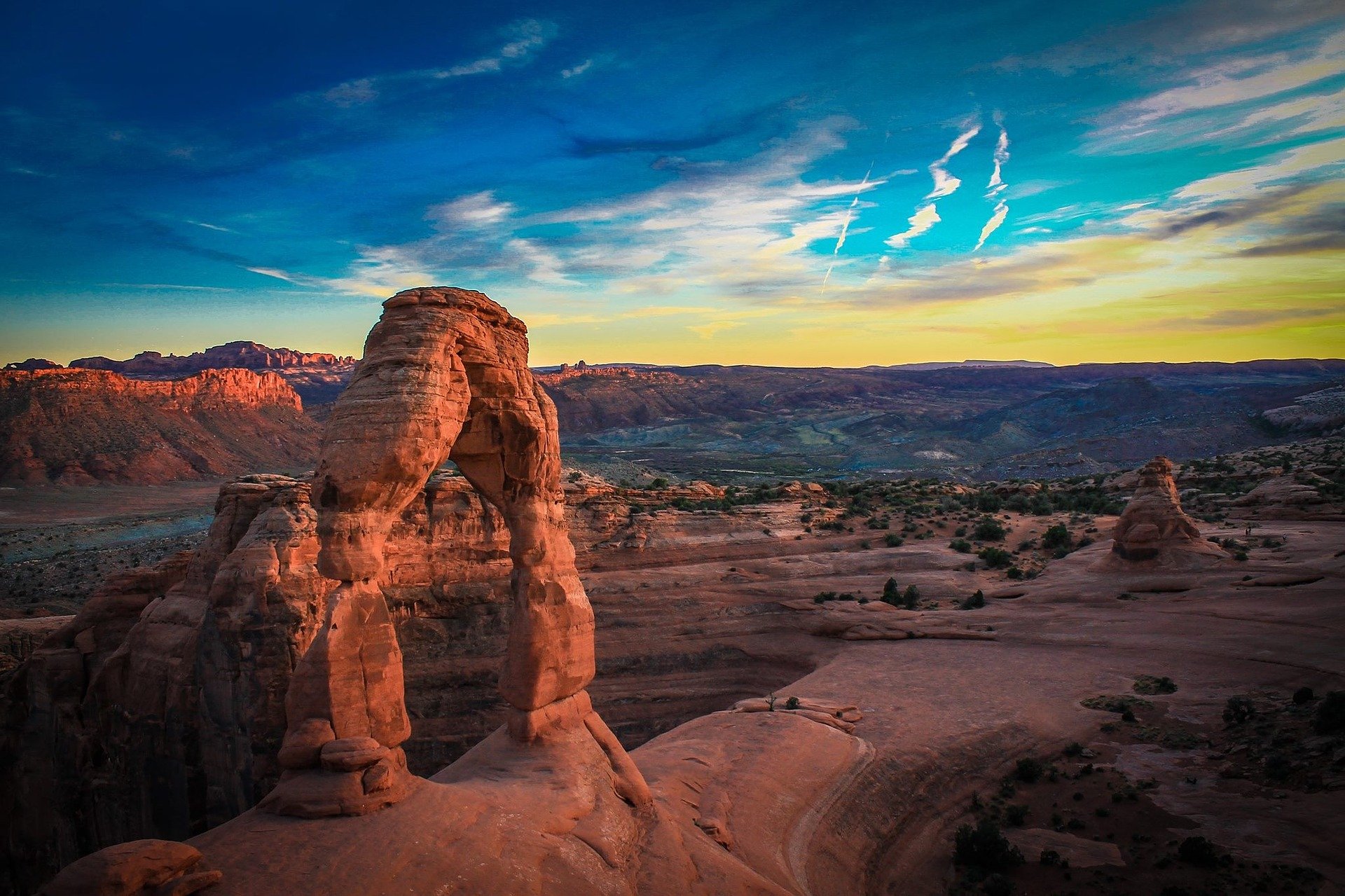 With over 2,000 natural stone arches, Arches National Park offers some of the most stunning desert scenery across the USA. The park spreads to more than 75,000 acres in eastern Utah. After millions of years of erosion, this desert landscape is now home to outstanding geological formations.

The best way to explore the park is going on a hike. Narrow paths are winding between stone pinnacles and arches, allowing travelers to admire the breathtaking landmark created by layers of red stone. Visitors can also choose between horseback riding tours, biking trails, scenic drives, etc. So remote and far away from the city lights, that the park is also known for having some of the darkest skies in America. You will be able to admire the stunning night sky covered in sparkling stars. 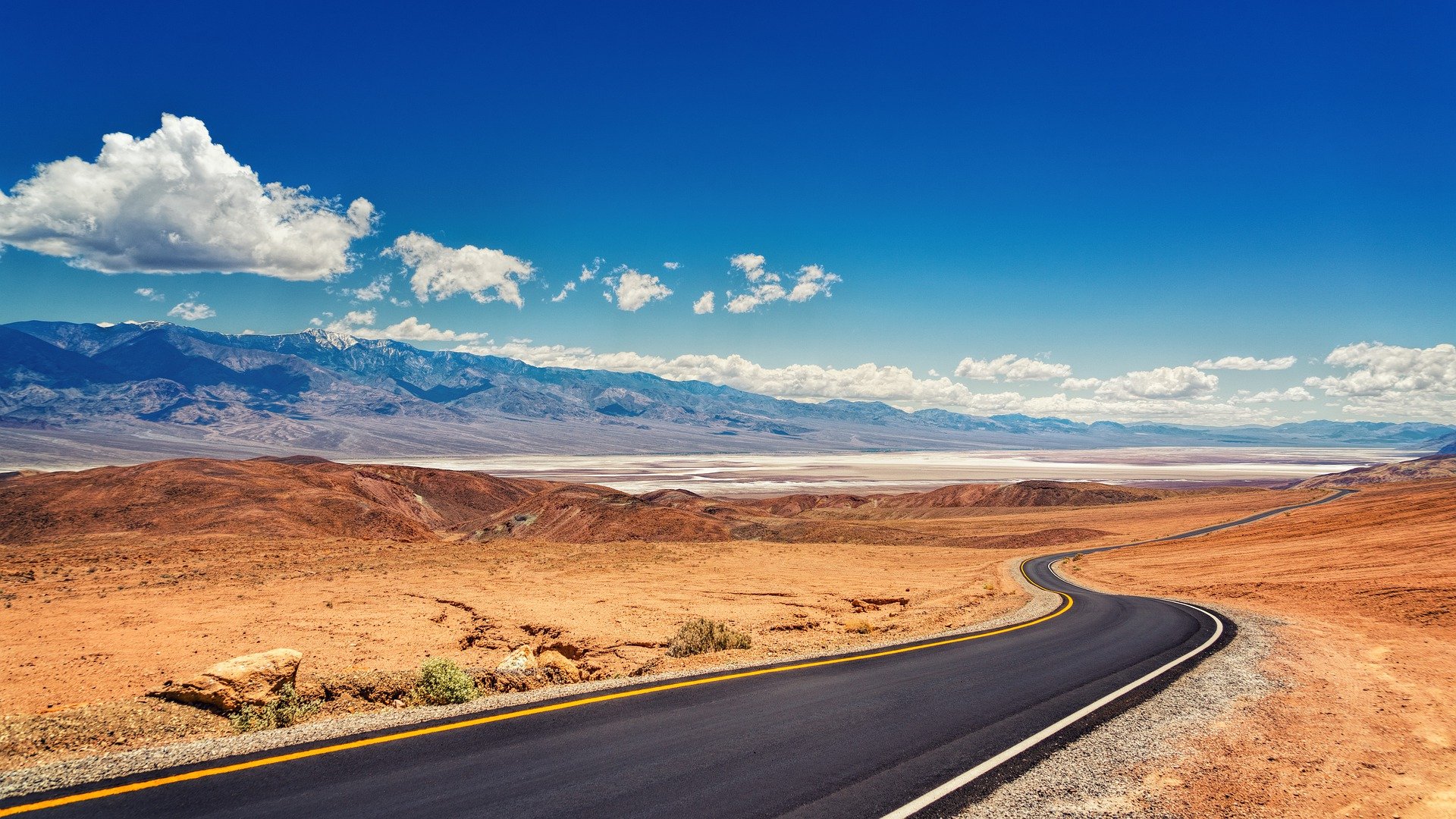 As the largest national park in the conterminous United States, Death Valley National Park spreads across a territory of 3.4 million acres. The park is situated on the border between California and Nevada, approximately 115 miles away from Las Vegas. Known as “A Land of Extremes”, the park is the lowest, hottest and driest of all American national parks.

The vast majority of the park is declared as wilderness area, with golden sand dunes, secluded oases, rocky mountains and deep valleys. Some of the most well-known landmarks within the park are the Badwater Basin, Devils Golf Course and Racetrack Playa. For the outdoor enthusiasts, Death Valley National Park offers excellent hiking routes along ridges and canyons. 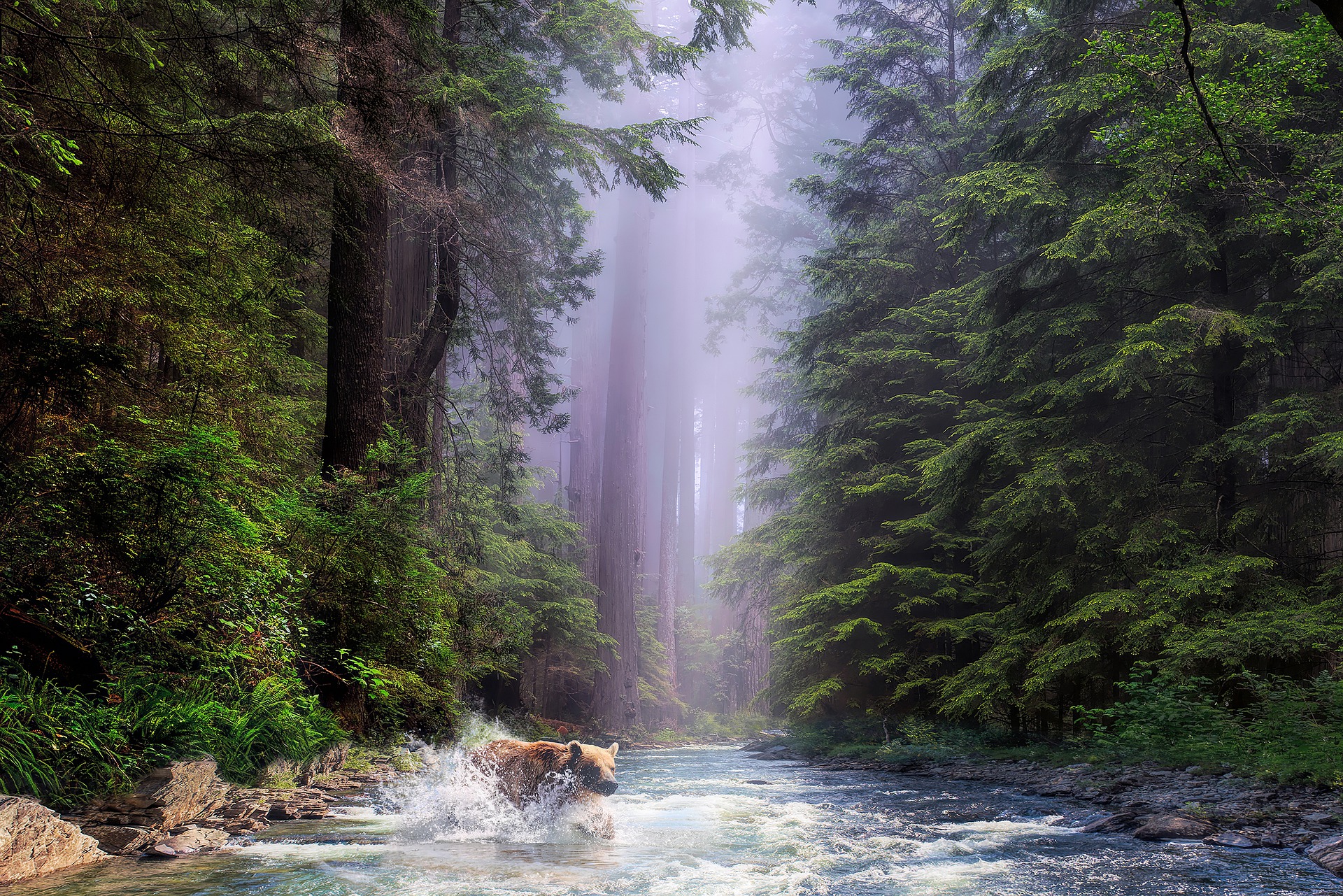 Known as “A Land of Giants” Sequoia National Park is one of the 10 Best National Parks in America. Due to its proximity to Kings Canyon National Park, they are managed and often referred to as one park. The two parks combined together cover a territory of more than 1,300 square miles. The park is most popular as home to the Giant Sequoias. Rising at 275 feet, the German Sherman tree is the biggest tree on Earth, followed by the General Grant Tree reaching 100 feet above the ground. Both trees are located within the park’s boundaries and can be visited by tourists.

Take a step into another world by visiting the Giant Sequoia Groves. Choose a hike, meandering through the giant sequoias and enjoy the surreal forest scenery. With 14,505 feet elevation, Sequoia and Kings Canyon National Parks is also home to the highest mountain in the contiguous USA – Mount Whitney.

Did you get inspired to visit one of the 10 Best National Parks in America?

Then get in touch with a member of our expert team today.

Check out our latest reviews and what our clients think of our service.

Concierge Service during your stay.

Are you dreaming of paradise with clear blue water